Cookie's Kids » All » The Awesome Dad Cheat Sheet: 18 Fatherhood Tips They Should’ve Handed Out at the Delivery Room

The Awesome Dad Cheat Sheet: 18 Fatherhood Tips They Should’ve Handed Out at the Delivery Room 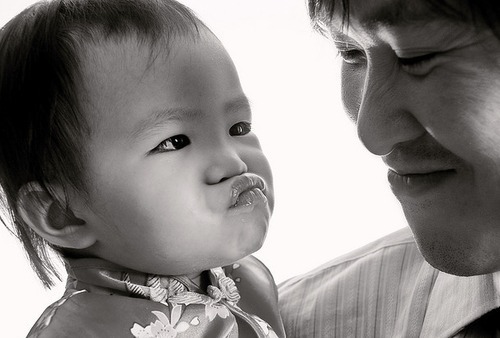 Being a father can be a wonderful thing, once you get past all the gross stuff, all the stressful events, the loss of privacy, and the bewildering numbers of ways you can screw it up.

But other than those few things, fatherhood is wonderful.

Every dad has fears that he won’t be a great dad, that he’ll mess up, that he’ll be a failure. It comes with the job.

Unfortunately, what doesn’t come with the job is a simple set of instructions. As guys, we often will skip the manual, figuring we can wing it … but when things go wrong, it’s nice to have that manual to go back to. Fatherhood needs that manual.

And while, as the father of six children, you might say that I’m qualified to write such a manual, it’s not true — I’m winging it like everyone else. However, I’ve been a father for more than 15 years, and with six kids I’ve learned a lot about what works and what doesn’t, what’s important and what you can safely ignore (unlike that odd grating sound coming from your engine).

What follows are the fatherhood tips I wish they’d passed out to me upon the delivery of my first child. It would have helped a ton. I hope they’ll help you become an even more awesome dad than you already are — feel free to refer back to them as a cheat sheet, anytime you need some help.

[Original post by Zen Habits as a guest post for The Art of Manliness. Discovered in a reblog by dimplesandasmile. Photo by jk+too.]

Tell us your fatherhood tips! For every valid comment on this blog, we will give you a free $5 CookiesKids.com coupon via email just to say thanks! (One per person, to the first 25 posts only.)